I’ve taken a new interest in gaming lately. It’s driving my wife a little nuts, and I can understand why. She’s wondering why in the world I’ve recently started playing my Playstation 2 again, after it sat dormant and dusty for quite a long time. I suppose part of my renewed interest in gaming has to do with the reading I’ve been doing. I’ve been reading such titles as What Video Games Teach us About Video Games and Literacy and Learning, Got Game: How the Gamer Generation is Reshaping Business Forever, and Don’t Bother Me Mom I’m Learning. These titles have helped me get a better grasp of the learning styles of our undergraduates, and I hope that this understanding will help me to be a better reference librarian and teacher. Playing games has given me a little insight into these learning styles as well, and I hope to incorporate some of the characteristics of gaming into screencasts and online tutorials.

Like many 30-year-olds, I grew up with gaming. I had an Intellivision, a Nintendo, a Sega Genesis, a Playstation, and now a Playstation 2. I never have been a video game junkie, as I also played a number of sports, was a skater, and a boy scout. Video games never dominated my life, but I always enjoyed playing games. Since growing older, gaming took a back seat to other things such as house maintenance, trying to be a good husband and father, and learning to play the guitar. My wife got me the Playstation 2 for my birthday in 2003, and I’ve played it off and on over the years. Unfortunately, my patience grew thin for a number of the games I was playing (frankly, I wasn’t very good) and I stopped playing it.

Since I’ve started playing again, I’ve gotten a deeper understanding of what made me stop playing in the first place. As I said before, I wasn’t very good a most of the games I owned, so I only played the one that I was good at. As much as I love Gran Turismo 3, I eventually got really bored with the driving game and therefore stopped playing the PS2 altogether. When I picked up the controller again a few months ago, I made a real effort to avoid playing that game. Instead, I played Metal Gear Solid 2: Sons of Liberty, Burnout 3: Takedown, Madden 2004, and Tony Hawk Pro Skater 4 (THPS4). All of these are older games and have been sitting on my shelf since I first got the PS2 in 2003. I initally avoided playing these games not because they weren’t good games (they are all excellent) but because I was not very good at them. I thought that I would just be able to sit down and play these games without any problems. As it turns out, I’m not as good as I thought I was, and I didn’t have the patience to learn how to play the games better. However, after taking the time to learn the games, I’ve become a lot more patient with learning the games. I’m now a lot more willing to get killed or fail a goal or lose a football game over and over again. In the process of my learning how to play these games, I’ve seen a lot of things that can be incorporated into how we design web-based tutorials and virtual learning experiences. The following games all present how-to-play-the-game information in different ways, and each way could potentially be modeled in future library tutorials and screencasts. 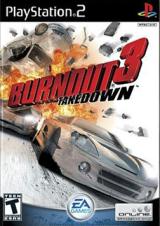 Burnout 3: Takedown is an arcade-style racer in which the player controls the race car. Burnout offers a variety of gameplay, but the main point of the game is to win the races at all costs. This involves high-speed racing through city streets and crashing opponents on your way to victory. The game is fairly easy to play as it only uses a few of the Playstation 2 controller buttons. As such, the game offers a traditional demonstration of how the game works. The demo shows the controls and explains the rules of the game, all within a demonstration of actual game play. Many library screencasts and tutorials have followed this method of instruction, as it is perhaps the easiest to do. However, I know that I have been guilty of giving the user way too much information. What I learned from Burnout 3 is to give the user/player enough information to know how to play (or use the database, catalog, etc), but don’t give them too much information that it keeps them from playing. Many users just want to know enough to get them started, such as which buttons to push. They’ll figure everything else out by playing the game. 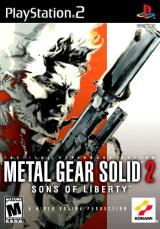 Metal Gear Solid 2: Sons of Liberty is a game of tactical espionage action. You play as a character who has to infiltrate enemy territory to keep them from stealing a nuclear weapon. You are vastly outnumbered, so you have to sneek around without being caught. The gameplay is a little more complex and it takes advantage of more of the controller’s buttons. This game offers a different sort of instructional help. As the game opens, you are greeted on your codec radio by Otacon, your friendly support staff who is back at the base. As you walk around the game, Otacon (and later, the Colonel) offers advice on how to solve a problem or tells your character what he needs to do next in the mission. For example, if you find a new weapon in the game, Otacon will tell you about the weapon and how it can be used. Some of the conversations are initiated by Otacon or the Colonels, as they will call you when they think you need to know something about the mission. At other times, if you get stuck in a particular part of the game, or if you forget what your mission objectives were, you can contact Otacon or the Colonel. Unfortunately you cannot ask your question in your own words each time, but generally the advice they give will get you back on the right track. Imagine if we had this sort of help in a library catalog or database. What if the frustrated user clicked on the help button when he was looking at a subject heading, and the catalog told him enough information about how to use the subject heading? How might this point-of-need instruction give our users the weapons they need to understand the catalog? 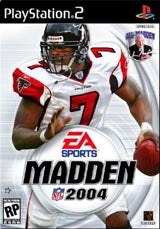 Madden NFL is one of the most-popular video games on the market. Most gamers have one (if not several) versions of the game. I currently own and play Madden NFL 2004. Madden is easily the most-complex of the four games that I have discussed. In playing a game of football in Madden, the player has to understand the rules of football, comprehend offensive and defensive alignments, be familiar with play-calling strategies, and understand his team’s and opponents’ strengths and weaknesses. There’s a lot going on there, and then there are all the buttons. Each of the Playstation 2’s eight buttons is used in playing this game, and the button assignments change depending on whether the player is on offense or defense. Despite all of this complexity, Madden is a fun (but not easy) game to learn. Madden 2004 offers a variety of ways to learn the game. Built into the franchise mode of the game is a feature called Mini Camp. Before your team can start the pre-season schedule, you have to take them through the skill-building process of minicamp. During mini camp, you can choose one player to work on a particular drill. If you complete the drill successfully, you get an extra point to boost that player’s ability in a particular area. This is hands-on learning at it’s best as while you are trying to tackle the dummy, rush for yards, or complete a pass, you are learning about controlling the players in Madden. Another instructional method is the Football 101 feature in Madden 2004. This feature allows you to pick an offensive play, and John Madden will explain and demonstrate how to successfully run the play. After he shows you how the play works, you get the chance to try the play on a real defense. In this scenario, the player can learn by watching the play run and by running the play themselves. I think many librarians use this method in their classroom instruction, but I wonder how many are able to incorporate this into tutorials and screencasts. Finally, Madden 2004 also offers a point-of-need instructional support, as the player can “Ask Madden” for play suggestions during a given scenario. John Madden will tell you something like, “Try this play in this situation” rather than “It’s third and one and you’ve called six running plays in a row, so try a Play-action pass.” Once again, this type of point-of-need support gives the user enough information to get them by in a given situation, not burden them with too many details. 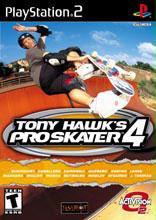 The final game I’d like to mention is Tony Hawk Pro Skater 4. In this game, the gamer plays as a skateboarder who is trying to accomplish skating goals. The gameplay of THPS4 is fantastic, as there is a pretty good variety of goals. I find this game interesting from an instructional design standpoint because it offers none of the features that I have already talked about. There is no point-of-need help, nor is there any type of demonstration. When I first started playing this game, this was really frustrating. How in the world was I supposed to figure out how to play the game? I would try to accomplish one of the game’s goals and fail over and over and over again. Finally, after reaching my wits end, I started skating around the level to find other goals. As it turned out, there were other goals that were more manaegable for my skill level. Accomplishing these easier goals was difficult as well, but I was learning how to play the game in the process. The satisfaction that I got after completing each goal is very hard to describe, because you feel like you have really accomplished something when the goal is done. I then understood the game a lot more. THPS4 is a game that is meant to be explored. The levels in the game are huge and encourage exploration. The goals themselves are pretty open-ended, as the player can do his own tricks to accomplish the goal (as opposed to duplicating a running play in Madden). It is through this exploration that the player becomes more familiar with the controls, the gameplay, and the strategies needed to be successful. Does this open exploration work for all learners? I’d say definitely not, as learning in this way can be particularly time consuming and frustrating. However, open exploration, or allowing a user time to explore at his own pace, is something that does need to be addressed in tutorial and screencast design.

I believe all four games contain certain elements that we can adapt as we design tutorials, screencasts, and even catalogs and databases for our library users. Our users are growing up with games, and these games are extremely capable at keeping the player’s attention while he/she learns how to play the game. Perhaps by understanding how players learn in video games, we can take advantage of this knowledge and create more effective resources for our users. What games have you played lately? How did you learn to play the game and how might that be applied to library instruction or tutorials? What games do you see your kids playing, and how do those games keep their attention while they are learning? The next time you, your friends, or your kids are playing video games, try to observe the learing experience in the games and seek to understand the learners who are playing them.

6 thoughts on “Learning about instructional design from video games”