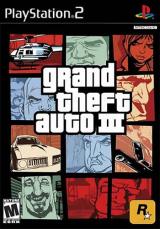 Chris Kohler, from Wired, confesses to have never played a Grand Theft Auto video game. I’m in the same boat, although I did have a brief stint with GTA: San Andreas, and am currently working on GTA: Liberty Series Stories on my PSP. In preparation for the arrival of GTA IV at the end of April, he’s working his way through some of the GTA series. In this post, he writes about his experiences with 2001’s GTA III. While he talk mostly about the gameplay mechanics and story, one thing of note is that he discusses how the game makes him learn. I’ve quoted an excerpt from his post below:

in this mission, you have to drive to a parking lot, grab somebody’s car, take it to a chop shop where a car bomb is put in it, drive it back to the lot, arm the bomb and run.

Sounds easy enough when it’s described to you. But there are several reasons why it isn’t, and each one of these problems (that a player is likely to run into) teaches you something critical about the gameplay.

Once you successfully make it out of this mission, you’ll have learned a great deal about the rules of the game. As such, accomplishing all of this was a great feeling.

Yes, while the Grand Theft Auto series is controversial and a bit violent, this excerpt is a prime example the learning process in video games.